On The Sand Vacations
Navigation

Why You Should Visit Oceanside CA During The Post-Summer Months. 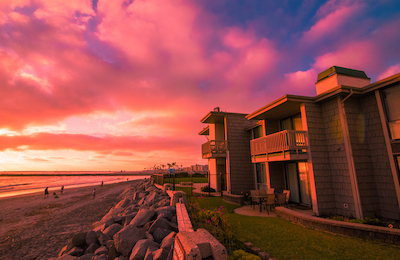 Many people think about a beach vacation during the months of May, June, and July. The two words, Summer and beach are almost synonymous. But we are here to tell you more about why you should visit Oceanside CA during the post-Summer months of August, September, and October. 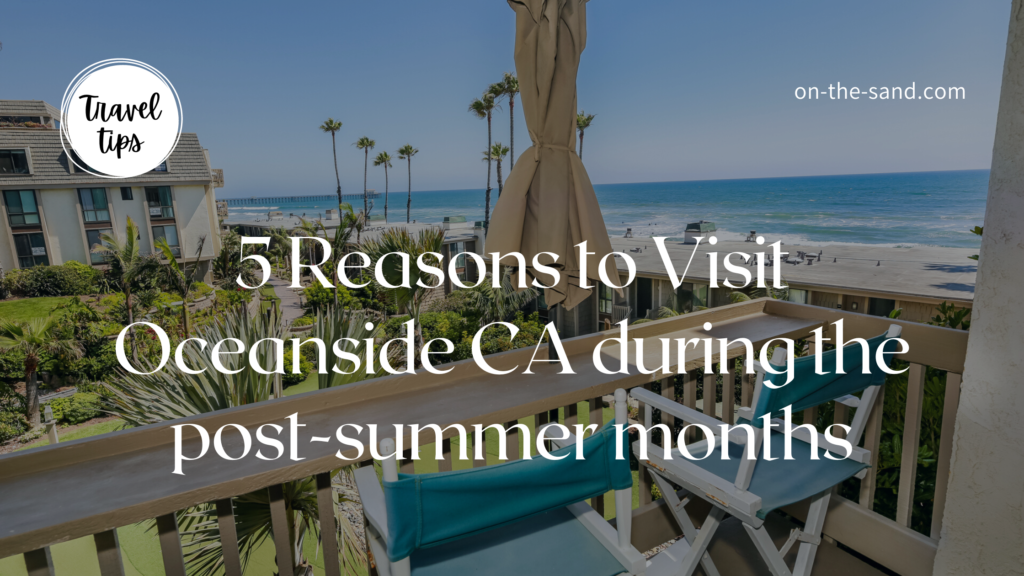 We’ve said it before and we’ll say it again, one of the best things about Oceanside California is that it stays around 75 degrees year-round, and in the months of Aug-Oct the weather is the same, great, warm weather you get during the summer but without the marine layer (Also known as June Gloom) coming in to ruin your blue skies.

But during the months of August, September, and October those numbers dwindle significantly. By visiting during these later months you’ll be able to enjoy the same great weather but with less than half the crowds. You’ll feel as if you’re on a private beach getaway.

Although the outside weather may be warm during the summer months, the ocean is defintlye still chilly from the shorter days and lack of sun exposure during the winter. However, after several months of long hours of sun during the summer the ocean water warms up a bit and visitors during August-October are able to enjoy both warm weather outside and warmer ocean water as they enjoy the waves.

Whether you are planning on flying or driving, transportation is much cheaper during the months of August-October compared to the summer months. Every year, this year being one of the worst, gas prices skyrocket during the summer months and then start to decline. The average U.S. price of regular-grade gasoline plunged 32 cents over the past two weeks and will continue to drop in the coming weeks.

Flights as well are much cheaper for stays during the post-summer months, most ranging around the $100 mark with some as low as $60-$70 roundtrip!

Summer may be the height of tourism due to the large number of visitors but that doesn’t mean the fun stops during the post-summer months. Take Oceanside Adventures as an example. Did you know that we have the largest population of common dolphins along our coast, approximately 500,000 plus and they live here year-round and don’t migrate? It’s not uncommon for an Oceanside Adventures boat tour to find pods with over 100, sometimes 1000 dolphins! It’s a truly beautiful sight as they love to interact with their boat. While the days are still long they run 3 trips daily (4 on the weekends) including a 5-7 pm sunset cruise and kids ride free during the month of October! Their trips are great for all ages for anyone who loves the ocean and the wildlife.

Vacation Rentals
How To Maintain Your Health Goals While On Vacation Is Genie+ Worth It?